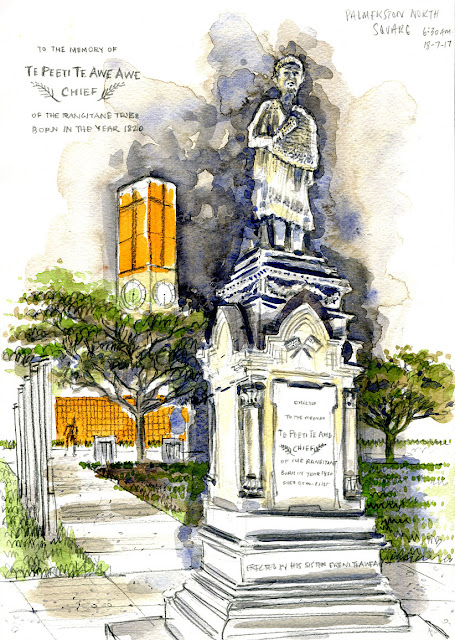 Another sketch from an early morning wandering around Palmerston North Square with a sketchbook. This time it's Te Peeti Te Awe Awe's turn, his memorial is just meters from the clock tower I sketched last year.

I was intrigued by the inscription on the memorial that he had served with the crown during the New Zealand Wars. A Rangitane chief and kūpapa maori – in other words maori who fought on the British side in the New Zealand Wars. He certainly had his reasons, one being to get land taken back by northern tribal invasions in the early 1800's. He used his new alliance to improve the lives of his own hapu, but wasn't afraid to oppose the crown either in holding on to tribal land.
Email Post
Labels: Manawatu Maori Palmerston North