I’m not a huge tennis fan or player. It’s a fact that makes me a bit of a minority in my own family. Despite that I usually end up at the West End Cup at some stage.

Billed as the biggest NZ tennis tournament outside of the ASB Classic, it usually has most of the top kiwi players and sometimes people from offshore which makes for pretty good viewing. This year there seemed to be more Australian players than Kiwis and a couple from even further afield like Julia Glushko who took out the women’s title this year. 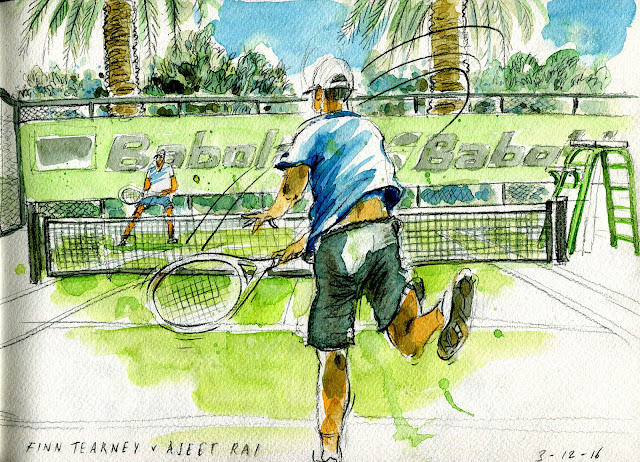 Here’s Finn Tearney serving to Ajeet Rai in the semis. (The men’s title was eventually taken out by Australian John Patrick Smith.) 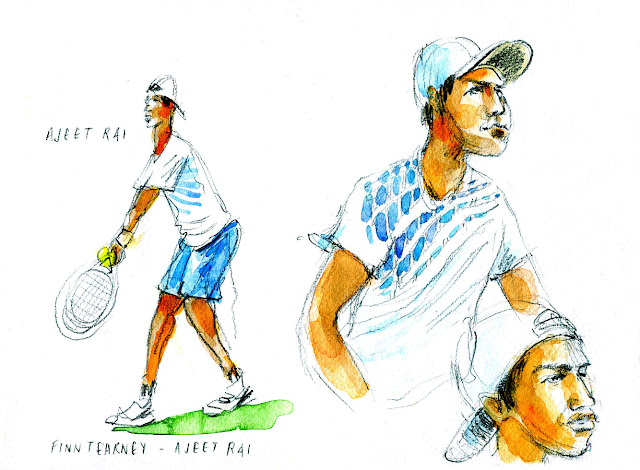 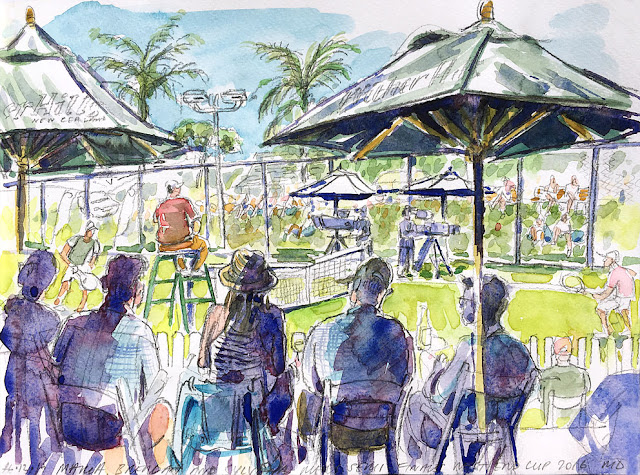 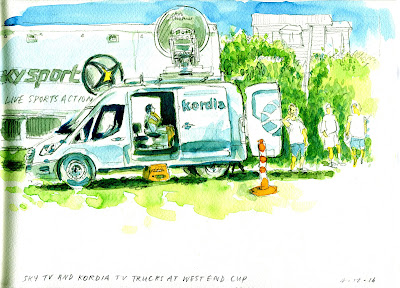 Here some spectators enjoy a close-up view from catered the courtside tables, and below even Sky TV were there to broadcast this years event... 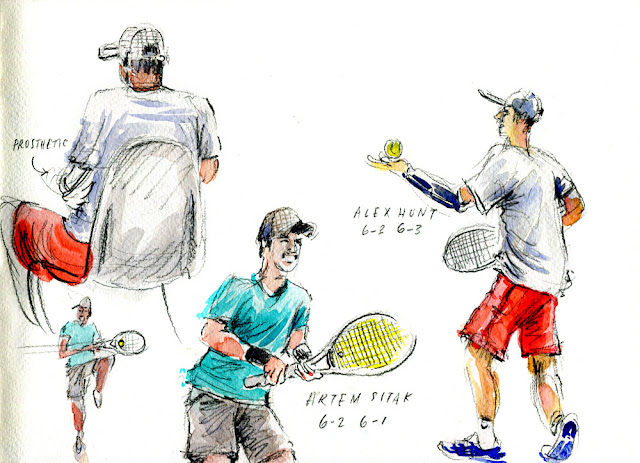 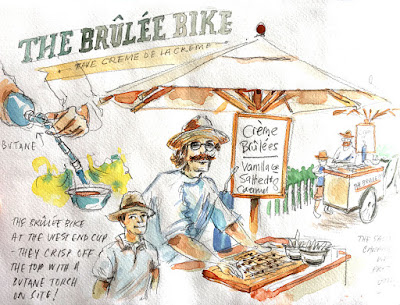 And it’s not all heavy duty tennis with local cafe Juk (Jess’ Underground Kitchen) serving up delicious tacos and the Brulee Bike busy adding the finishing touch to their delicious crème brulees with a blowtorch! 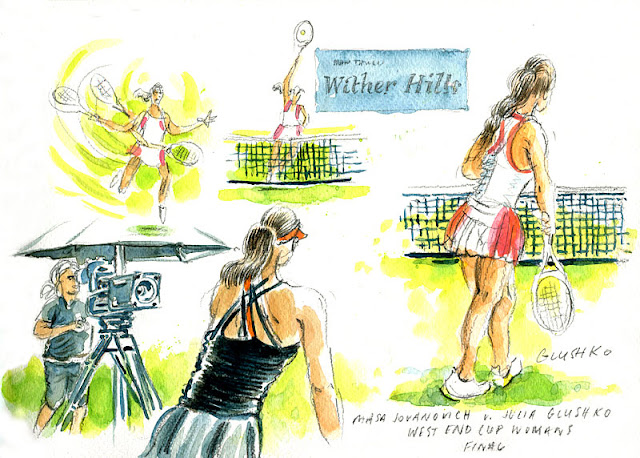