A historic gold mine town dating back to the gold rush era of 1870's, mining started again in the 1980's but rather than tunnels, this time the mine is opencast. It's huge too – creeping closer and closer to the main street of town, they've even moved the historic old pumphouse 300 metres away form the pit rim – that's it visible on the pit edge to the right. 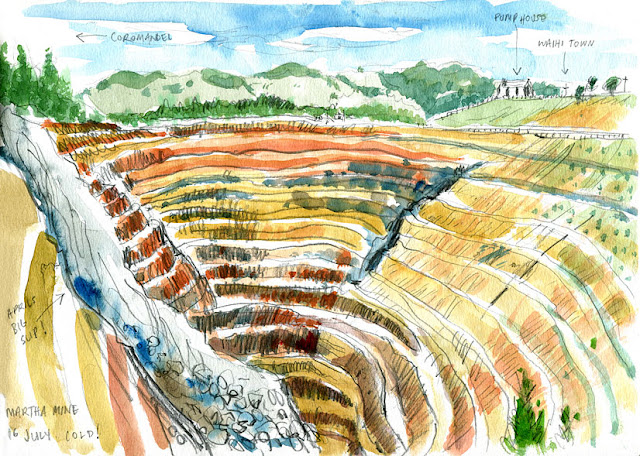 Part of the mine collapsed back in April, releasing 2 million tonnes of rock into the pit, putting a pause on mining operations which in turn meant the laying off of staff. 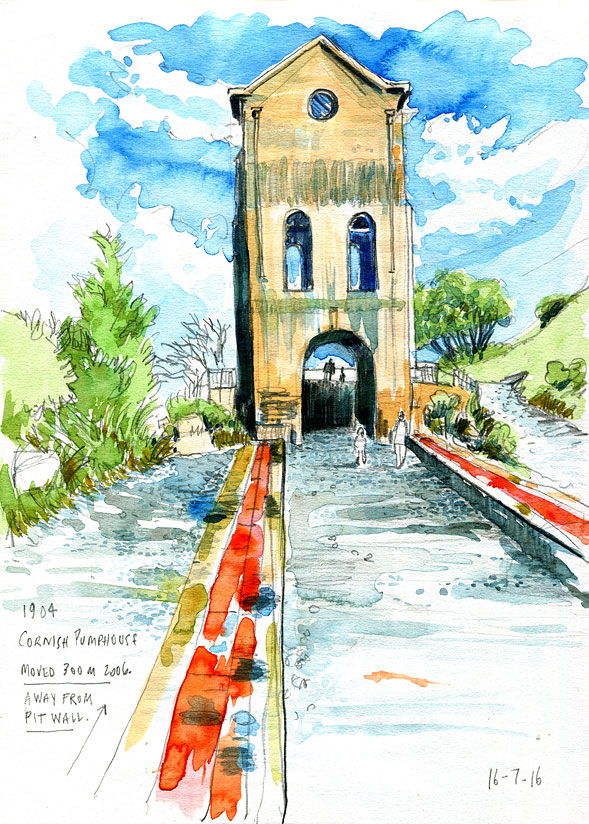 This is the old Cornish Pumphouse, just metres to the left of the building is downtown Waihi and to the right the open cast mine. It was moved almost 300 metres on steel rails (the incorrectly lurid red rusty steel running toward the foreground of this sketch).

On display just around the rim track is an enormous Caterpillar dump truck — the most powerful yet slow vehicle I've ever drawn 1000 hp with a max speed of only 60 Kph! 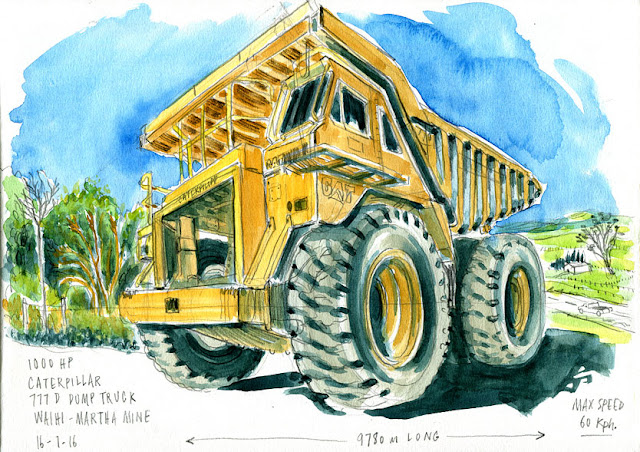