Today marks 400 years since the death of the great English playwright, poet and actor and it seems William Shakespeare – or at least his works – are alive and well at the bottom of the world. 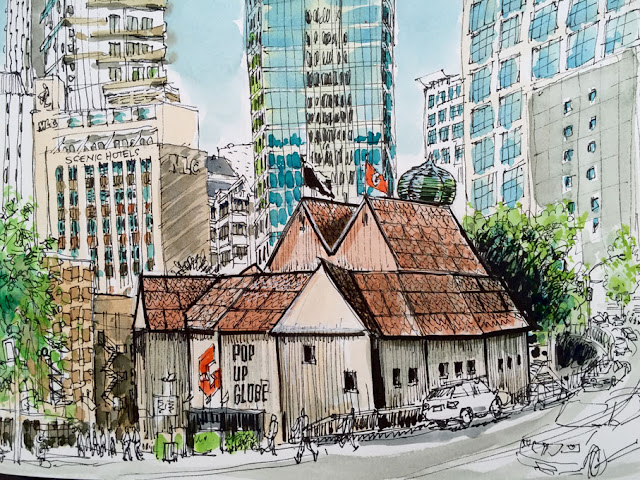 When I sketched the 'Pop-up Globe' today it was packed to the rafters for a matinee performance of Twelfth Night. This full size replica of the second Globe Theatre (the one that was built on the ruins of the original in 1614) has been booked near it's 900 seat capacity for every session since it opened in February. In fact it's been so successful that the season has been extended – twice. That's apparently something like 70,000 punters in just a few months - not bad for some 400 year old shows – and in a city that usually prefers it's rugby over theatre too.

When I first heard that work on a 'pop-up' Globe had commenced in a carpark behind the Town Hall, I was totally skeptical - what a mad idea! So I went down for a look. I was surprised that after only a few days of work progress was well underway. The site was crawling with workers in orange high viz vests busily constructing what looked like a giant Meccano set. Described as 'cutting-edge technology combined with 400 year old design' the structure is almost entirely built from scaffolding. The site is sloped, so huge concrete slabs were being lowered into place to hold the whole thing down and stop it sliding down the hill. Finally it was clothed in corrugated iron.

If the construction materials sound a bit temporary don't forget the theatre is sitting in a council carpark – and they want their carpark back. Sadly the whole thing wraps up in early May so you better be quick if you want to catch a show. Here are some rough sketches below of the construction in action... 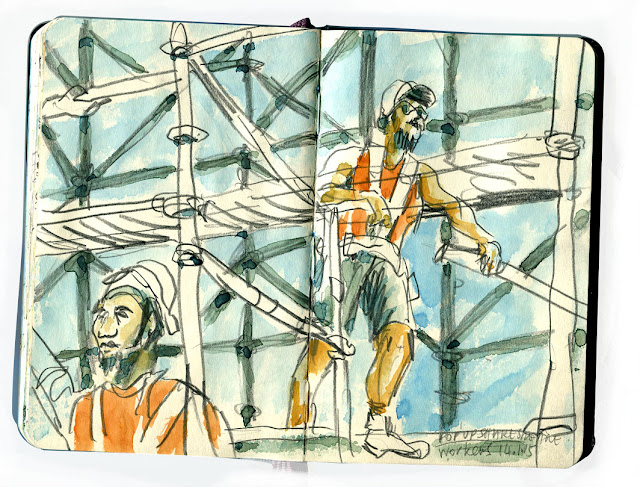 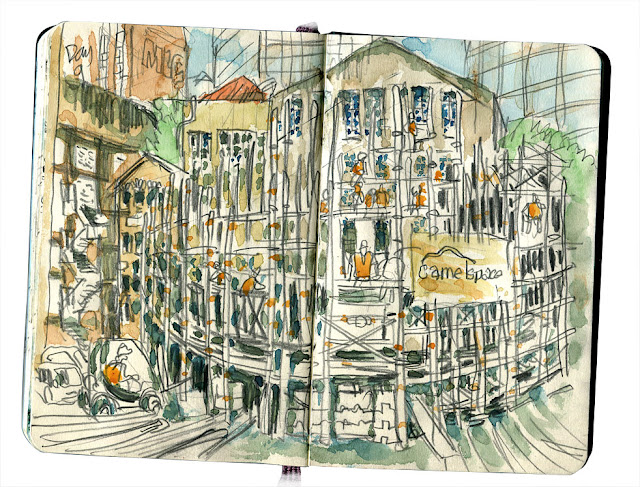