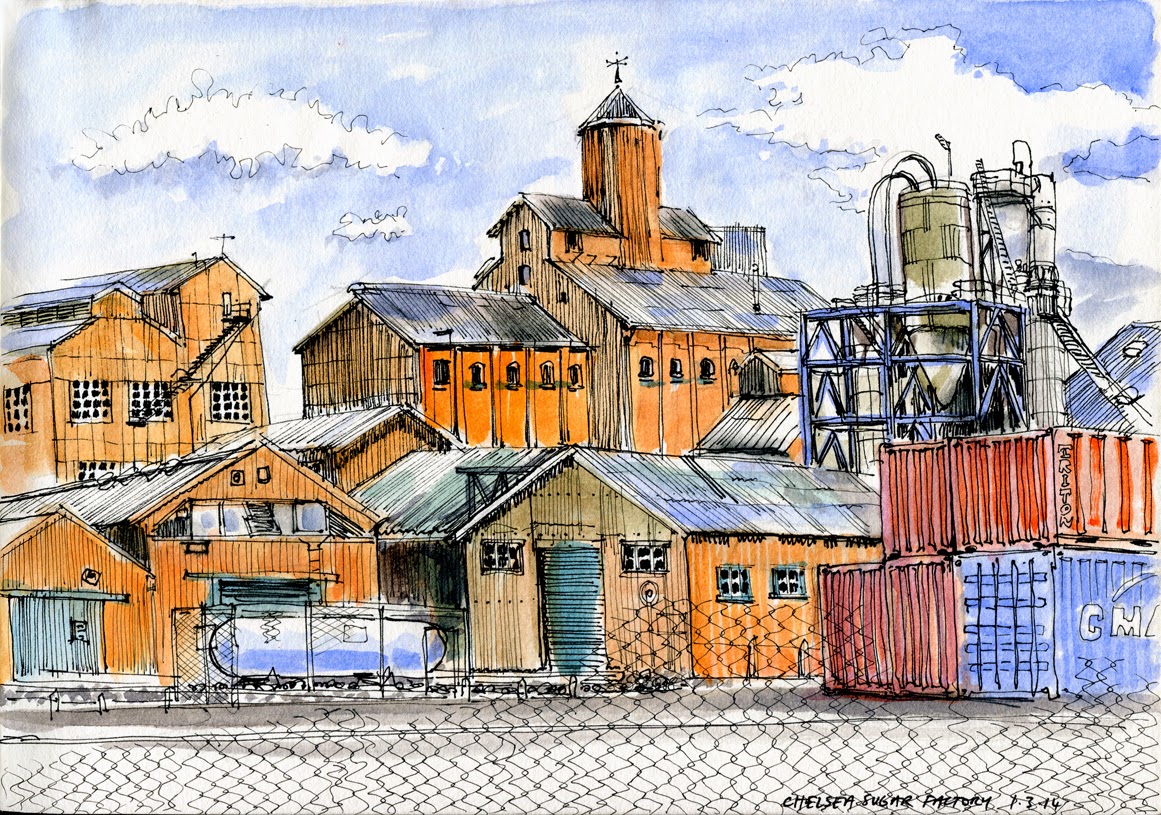 Fellow sketcher Eric suggested the Chelsea Sugar factory on Auckland's North Shore 'would be a sweet place to sketch'.

All saccharin puns aside he was right, it's an iconic Auckland landmark. Sitting on the harbours edge like most things high in sugar content it's packaged in a lurid colour. Currently it's a sort of peachy salmon colour, but in recent times has been bright pink.

They've been pumping out the sweet stuff here since the early 1880's when it was decided that Kiwis should be refining their own sugar, not importing the white death from Australia. Of course in those days, there wasn't much in the way of infrastructure in Auckland, so the factory had to be located on the harbours edge so the Indonesian sugar cane could be shipped right up. A shanty town of workers sprung up on the site as they set about making the millions of bricks to build the factory. Today only a few of the workers houses remain, and much of the grounds have been turned into a bush clad public park. Keep an eye out for it next time you're driving over the harbour bridge - you can see it off to the left.

* Sweet As:
The second most common phrase in New Zealand after "awesome". Said when something is rather good instead of just "good" or "OK". Often followed by "bro".
i.e. 'How was the surf at Raglan yesterday?'
'Sweet As bro!'
Email Post
Labels: Birkenhead Buildings Chelsea Sugar Villa